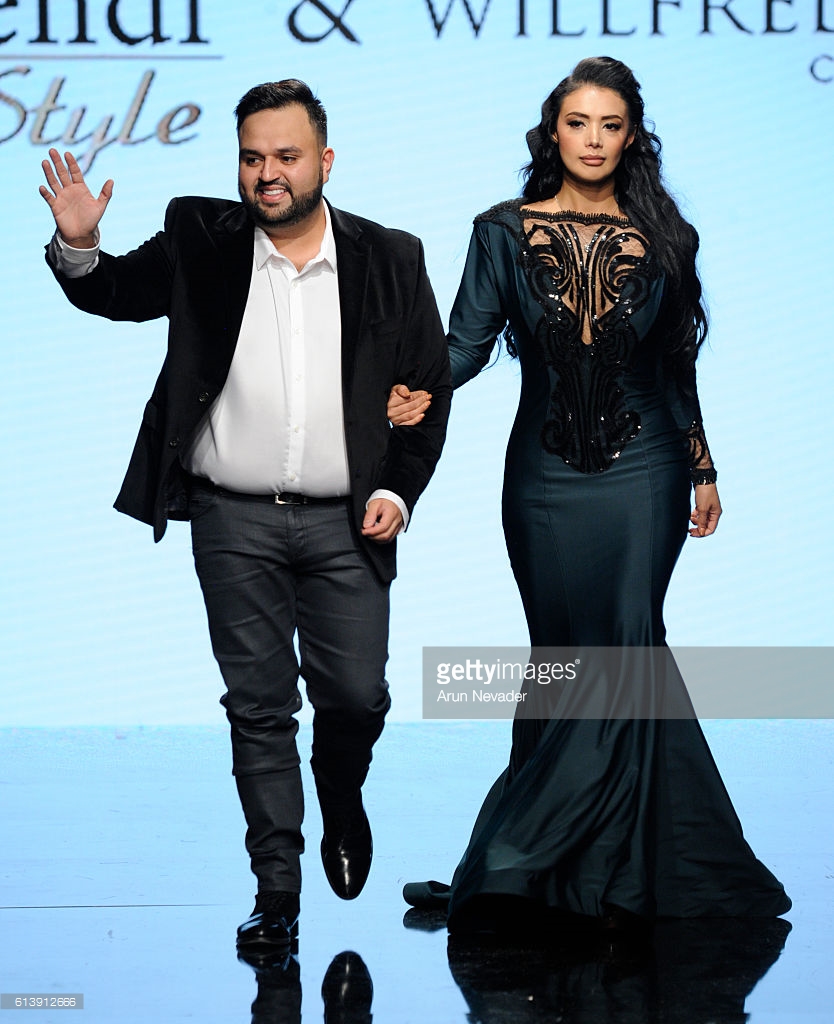 First making his mark at Premio Lo Nuestro Awards dressing his very first Latin celebrity icon Ninel Conde that gained him confidence and international recognition in the fashion world. Now he’s more mature and comfortable expanding into his 5th collection that he will be debuting this upcoming NYFW in September with Spring/Summer 2017.

Born and raised in North Hollywood, CA, early into his young age Willfredo was always interested and involved with fashion. Style and presentation was a main component of his upbringing that filtered into his career. After attending several performing arts schools in Southern California and Sarasota Opera House, he started to migrate from performing arts and immerse himself into fashion. He moved to New York where he worked in retail and stumbled into designing bridal gowns for high-end clients, and embraced his love for designing couture. He opened his first showroom in Los Angeles, CA and created his first collection named Old Hollywood Glamour, constructed to compliment the silhouette and the lines of a woman’s body, a running theme of all the gowns he designs. After months of work and persistence his dresses had caught wind of international celebrities such as Marjorie De Sousa, Chiquis Rivera and were featured in such publications as Elle Bulgaria, Runway Magazine featuring Nancy O’Dell, and People en Español. Since then he has gained status as head designer for Nuestra Belleza Latina 2015 & 2016 and seen his looks all across red carpet events such as the Golden Globes, Emmys, People’s Choice Awards, Latin Grammys, Latin Billboards, & Premio Juventud. With Chicago, Miami, and LA Fashion week under his belt, Gerardo is prepared for New York. Willfredo now resides in Miami, FL currently expanding his couture line. Ninel Conde, Chiquinquirá Delgado, Alejandra Espinoza, and Daphnie Joy are known to be a few of Gerardo’s star studded client list.