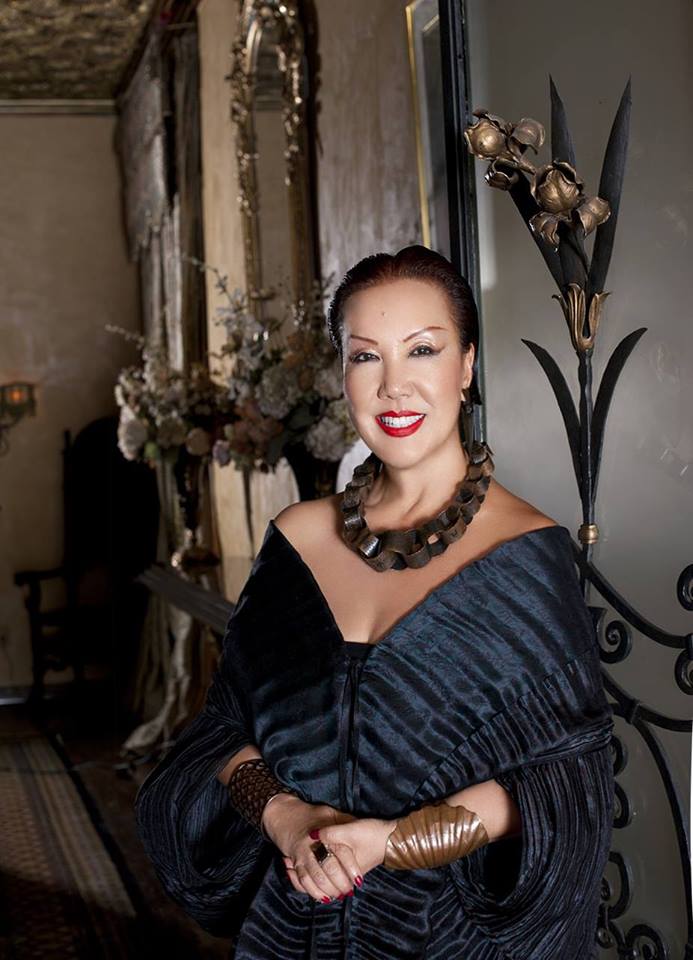 SUE WONG is a study in contrasts. She appears petite, yet possesses a commanding presence and grand energy that fills an entire room. While there is power and strength in her designs, there is a romantic fantasy and poetic lyricism that informs her work, which nonetheless remain rooted in undeniable pragmatic reality. The elegant economy of her gestures belies the strength and determination with which she has managed her business for over two decades. This collision of polar opposites creates the frisson that fuels Sue Wong’s gorgeous designs and has established the Sue Wong signature style.

Born into humble circumstances in a remote countryside in southern China, at the age of six, Sue was spirited away from Communist China by the courageous leap of her mother, who bribed a border guard with her wedding jewels in exchange for freedom into Hong Kong with her young daughter. Journeying to the United States a year later, mother and child reunited with Sue’s father in Los Angeles. As a child, her initial creative tendencies drew her to art. The daughter of struggling immigrants, there would be no budget in the spare family economy for toys; Sue would create her own paper dolls and their entire lavish wardrobe, practicing her nascent interest in Fashion Design. However, Sue started making her own clothes when she was nine years old. In High School she was chosen from over three hundred female classmates to be a member of the May Company Teen Board, and landed the opportunity to work in various capacities including modeling, assisting in window display and merchandising. While she was still trying to earn a fashion degree, she interned with the resource brand Arpeja, after winning first place in a scholarship sponsored by the company, apprenticing under the head designer.