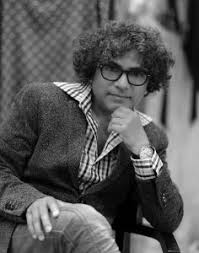 Rutu Bhonslé is a unique line of clothing catered to the contemporary, fashion forward woman. The name of the line roots from the designer’s one-of-a-kind name Rutuparna Bhonslé. Born in the city of Nagpur, India, Rutu’s admiration for fashion began at the age of 17 that grew with him through his life.

After journeying to London, Paris, Stockholm, Southeast Asia, and New York, Rutu found the diversity he was searching for in fashion. After seeing the fashion in these cities, he realized that fashion was not merely about clothing and accessories, but that it began from within the individual. Rutu often reminds his clients and models that “fashion begins within” during consultations, and before shows. He also believes that “fashion is not a luxury, but instead, a lifestyle.”

The clothing line has been created for the fashion forward woman who is searching for unique simplicity. While encompassing aesthetics of nature, it proves itself to be intriguing and complex as nature but simple in its beauty.