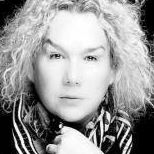 Launched in 2002 UAE, Amato, which means ‘beloved’ in Italian, is the brainchild of the much-awarded creative designer Furne One, who partnered with textile expert Rashid Ali, to build this Avant Garde label. From the very first collection, Amato touched a chord with the region’s fashion elite. Inviting UAE’s beautiful women to a style renaissance, Amato broke the glass ceiling through a symphony of style and creativity. Words like ‘inspiring, intriguing and innovative’ are only a few of the compliments showered by Amato’s discerning clientele on Creative Director Furne One.

With an inherent passion for couture, Furne fearlessly shows out-of-the-box, unconventional yet outstandingly chic collections. Not a trend follower, he uses his fabric as a canvas for creating ensembles that are not only fashionable but artistic as well. From his first collection “Unveiled Soul” in 2004 until “Love is a Battlefield” in 2015, every ensemble is a tribute to the silent strength of women.

“My creativity is inspired by my mother and grandmother’s quintessential style that coloured my vision. I have always tried to create exquisite and ethereal designs tempered with a silent touch of strength. My collections aren’t for the faint hearted woman, but one who is comfortable in her skin; her clothes are but a foil to reflect her inner persona.” Amato started as a dream between two creative entrepreneurs, based on a three core values – cutting edge creativity, fashion as an art form and innovation.

In keeping with couture traditions, Amato textures its own fabrics, fashioning lavish materials, detained with rare embellishment techniques.  Using signature cuts,  Amato has a visual directory that goes from romantic Shakespearean tales of a different era to the sensual styling of Mata Hari meeting modern Space Sirens – their creative team seeks to push the style envelope.  “We want to create a visual and sensory experience for our clientele,” Rashid and Furne explains.

Reflecting this aspect of the label, it consistently pushes parameters, evolving from being a Dubai-based label into a global one. Working the fashion week circuit in Los Angeles, Dubai, London, Miami and several other events around the world, Amato has been winning accolades for every presentation.

Amato is UAE’s first global designer brand that has earned itself an international cult following – from royalty to international celebrities – super-model Heidi Klum and Tyra Banks to singing sensations such as Beyonce, Katy Perry, Jennifer Lopez, Nicki Minaj, Shakira, Nicole Scherzinger and Jessie J. are all loyal patrons of the paradigmatic couture house.