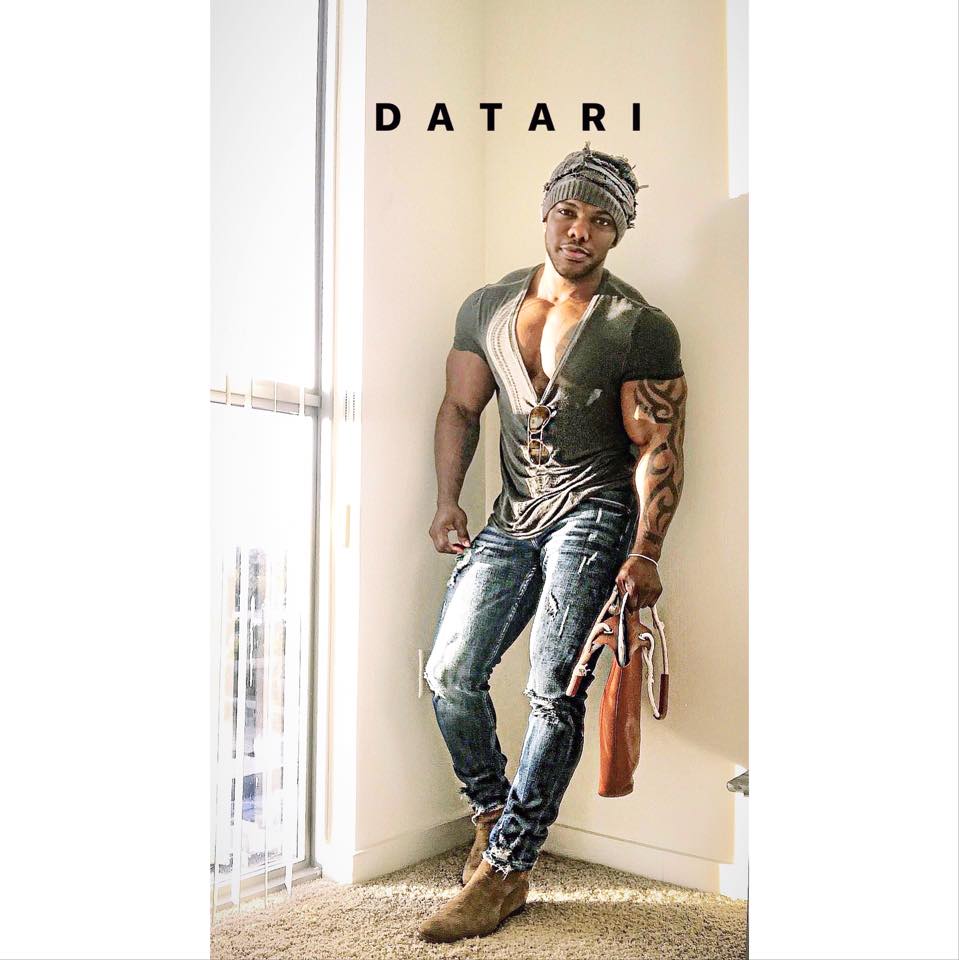 In Spring 2011, Datari launched his eponymous collection to rave reviews. Perfect for the modern woman, Datari’s debut showcased ultra-feminine pieces layered with intelligent nostalgia, charm and luxury; a distinctive look that the designer has since become known for.

Datari’s eye for detail and extensive knowledge of color, fabric and Silhouettecontinue to be evident each season as he consistently reveals timeless, wearable pieces that evoke sophistication and elegance. Datari’s approach is deliberate, combining modern craftsmanship with vintage shapes, creating a look that is clearly his own.

A native of London ,England, Datari has been creating unforgettable feminine fashions for over  10 years. His driving passion is his love of art drawn from his experience and training in sewing and painting at the London College Of Fashion. His artistic talents naturally progressed into sewing and fashion design. The gifted designer creates his couture fashions through draping over mannequins.

His decidedly contemporary designs are characterized by an exquisite attention to detail, impeccable construction and use of rich luxurious fabrics. .

Datari Austin has participated in a number of runway shows as an independent designer and as a women’s wear designer for a few brands he’s collaborated with over the years.

A woman’s unique personality and taste are the most important aspects to consider when designing for her,” says Datari Austin. “I work to bring out a woman’s best features to make her look luxurious and chic.”I design for today’s woman” strong, independent and full of charisma.

Accomplished fashion designer, Datari Austin, presented his debutcollection in the United States at the Rock that fashion Show during LA fashion FW/14 in American and has since dressedprominent celebrities such as Angela Basett, Jasmine Tookes, Letoya Luckett, Madisson Davenport, to name a few.He has since graced a few fashion magazines such as runway magazine(fall issue 2014) and insitute magazine.

The Luxury women’s wear Label Datari Austin London has since evolved and has presented during NYFW , LAFW and will be presenting his latest SS/18 collection at the fashion week in LosAngeles on october 5,2017.

For Datari Austin SS18 collection, the designer has chosen to go for “comfort chic” yet luxury, this season is all about evolution and progress. Every garment boasts of its own intricate luxury, with the designers favorite phrase “clean cut, sleek style, perfect fit”.

The collection is so plush you may well be tempted to sleep in it on a warm summer night.